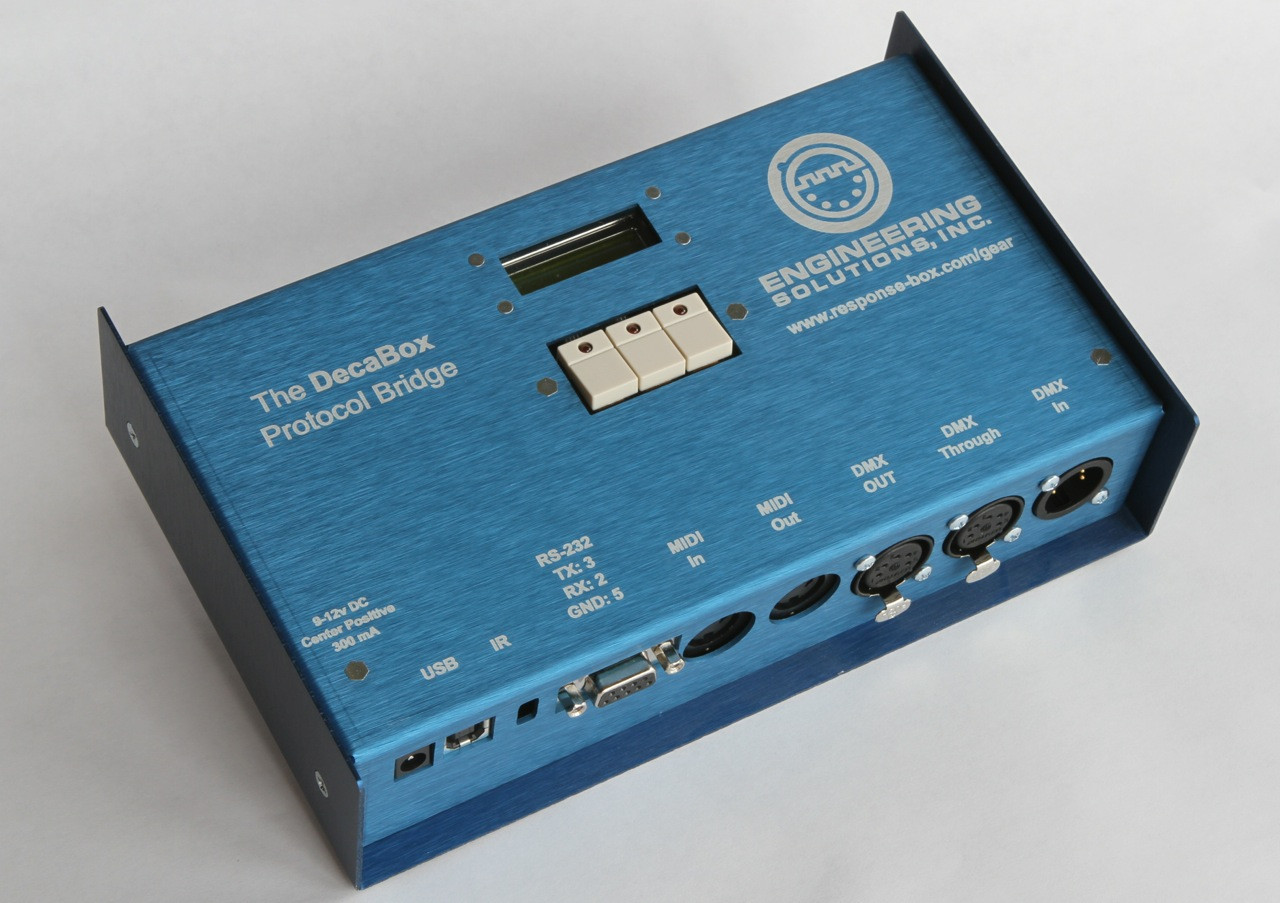 This useful firmware revision was first commissioned by the production crew of a long-running (nearly 30 years) game show televised in the USA. One of the show’s main set pieces was controlled by custom software running under DOS. However, the DOS system needed to be updated, as spare parts were no longer available.

It has since been used worldwide, often by integrators who want to recall presets on audio consoles via MIDI, but automated through a Crestron / AMX / Control / Savant platform.

‌Operation is very simple: each byte received by the RS-232 port is instantly transmitted via the MIDI out connector. And every byte received by the MIDI in jack is transferred to the RS-232 port.
‌
The system is completely transparent to all data flowing through it. All that changes is the baud rate (38,400 <–> 31,250) and the signal type (true RS-232 voltages vs MIDI’s current loop).
‌
Full duplex communication is easily possible if required.