The DecaBox can grab static (one-shot) DMX scenes or record continuous sequences at 44 frames per second.

To grab a scene, send the serial command

A single frame of DMX is stored on the internal memory card. Here’s a screenshot of the process.  Again, green commands are generated by the user, and yellow is feedback from the system. 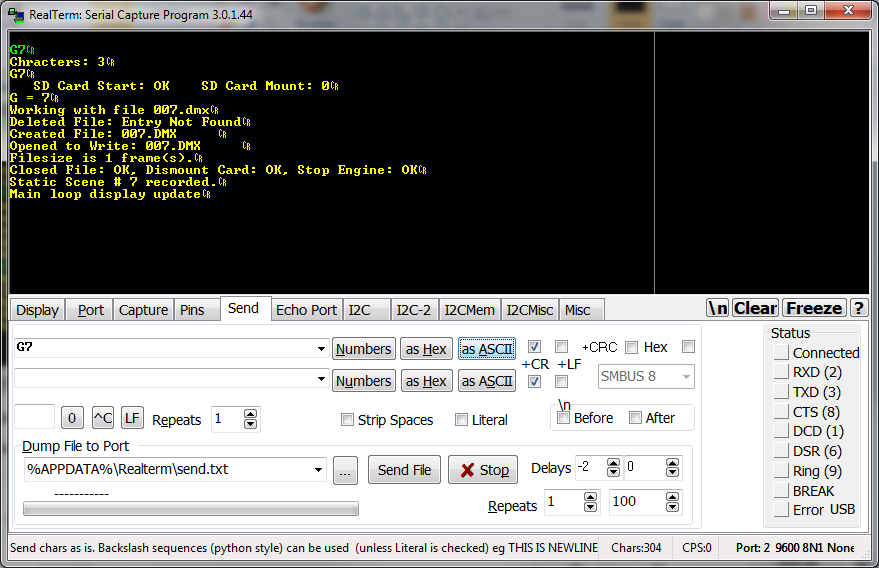 Alternately, dynamic, complicated DMX scenes may be captured at 40 frames per second. The internal storage can hold ~ 9 hours of data. 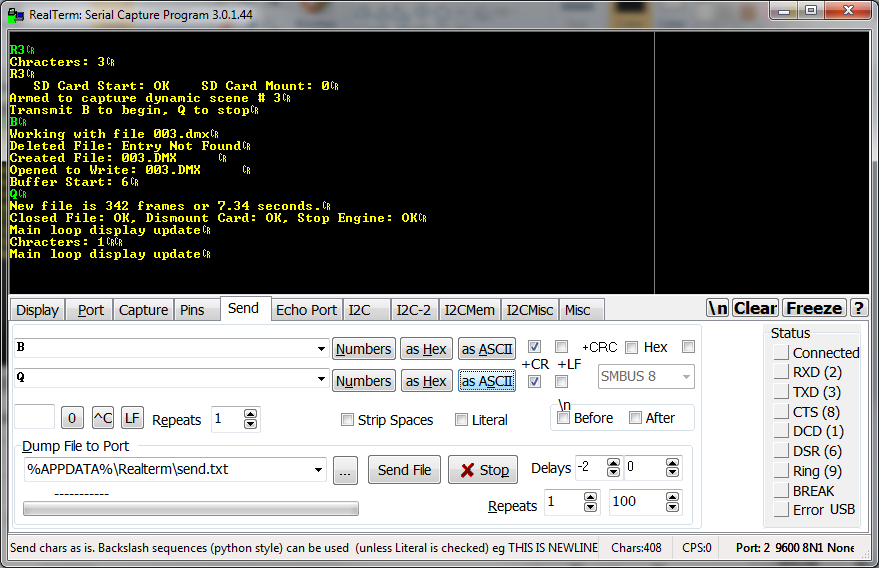 Once DMX data has been recorded, it’s useful to replay it.  To that end, both static scenes and dynamic recordings may be called through the serial port. To play a static scene, the syntax is 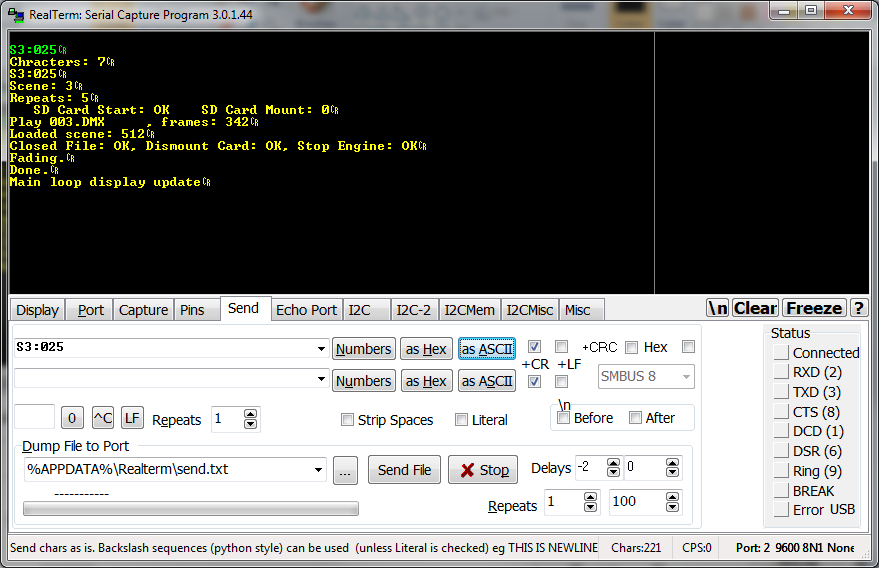 To replay a complicated dynamic scene, much like a video clip, the syntax is 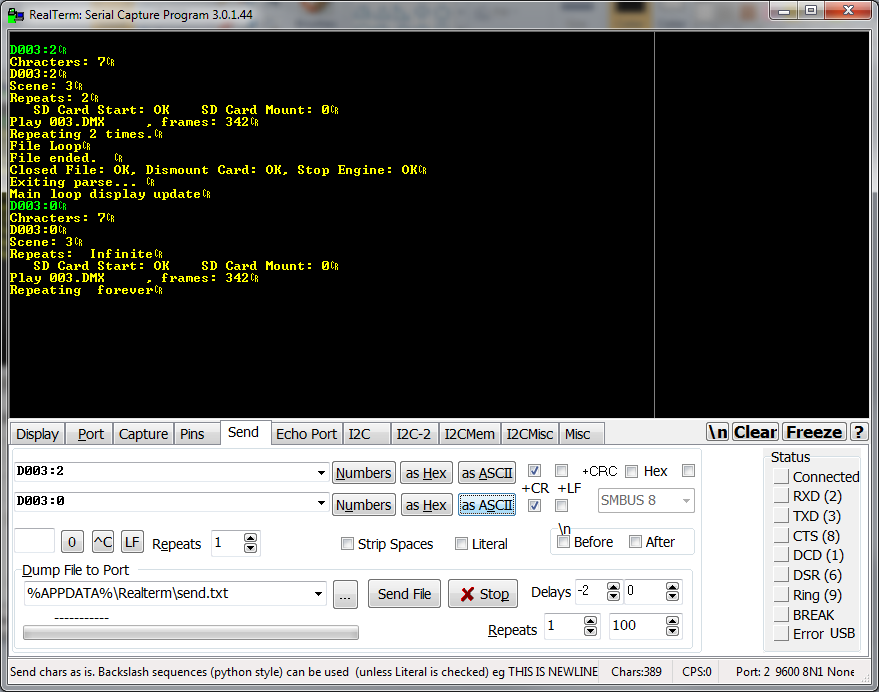